If you don’t already know how to Vote, this may be due to the political environment in your state.  Historically, Republicans have won elections with small voter turnout, and Democrats have won with larger voter turnout.  You can see how this could effect whether or not your current state party wants you to vote based on your current declared voter registration status.  In general, the GOP doesn’t make it easy for democrats to learn how to vote in potential swing states.

We can teach you how to vote instead.  After doing your research and deciding who you should vote for, the actual act of voting should be the easy part.  The voting process varies by state, so you will need to double check with local procedures before making your ballot official.  In most cases, you should be able to selection a punch or button option next to your preferred Presidential, and secondary candidates within the voter interface.

Maybe that’s not the right termonology – or at least not yet.  In 2020, only a very small percentage of the population is actually able to vote for the President online.  Most citizens still have to trek to a local polling location where they can vote in order to cast their ballot for the next commander in chief.  But why can’t you vote online?

Despite having more than enough security to 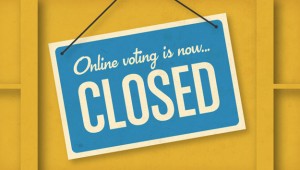 allow citizens to submit their sensitive tax information electronically, the US government still does not allow citizens to vote for the president online in 2020.  Many think that this change would increase voter numbers, and simplify the voting process significantly.  It appears that we’re still at least another 4 years away from the general population being able to vote online though.

Because of the variations by county and state, step by step instructions for voting booths are not made universally available.  You will need to find out how to vote in your specific local booth from officials in your county before casting your ballot for 2020.  Experienced voters will find that the same machines from the last 40 years are still being used despite upgrades to all other technology – and most likely be familiar with the archaic methods still in place.